Centennial, CO. May 19, 2017 — To continue providing quality service excellence and meeting the growing logistics needs of families, government, and business customers, Johnson Storage & Moving (JSM) is pleased to announce the addition of veteran leaders in logistics, operations, hospitality solutions, sales, and management to its national and global teams. 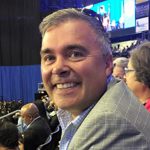 Mike Griffin came on board as Vice President of Logistics after 20 years with UniGroup, the parent company of United Van Lines and Mayflower Transit. Working in tandem with David Evans out of Atlanta, they plan to grow the Johnson Logistics and Johnson Commercial Solutions business lines significantly in the coming year. 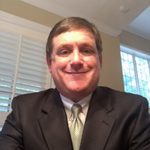 Given his deep understanding of the complexities of the hospitality industry, garnered through hard won experience at Kane Hospitality, David Evans, who recently took on the role of Vice President of Hospitality Solutions, anticipates that JSM will continue to expand throughout the Midwest, West, and South and to provide more streamlined, customer-centered service to its hospitality clientele. 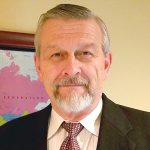 As Vice President of International Freight Forwarding Operations, John Hiles relies on decades of experience in global transportation at UniGroup and an honorable career in the military. The intricacies of moving household and commercial goods across continents, oceans and borders with changing customs regulations is an endlessly interesting challenge to an Army officer like Hiles. 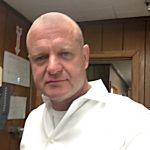 Joe Valdez brings deep experience in offshore, transportation, and operations to his role as General Manager in Southeast Louisiana. Prior to joining JSM, Valdez worked many years in the moving industry climbing his way up the ranks from simple mover to Van Operator of the United and Mayflower agencies in Lafayette, LA which he sold four years ago. Valdez, who also served as a paratrooper in the U.S. Army, has expressed excitement at rejoining the moving and storage business. 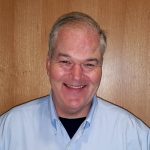 As Senior Account Executive, Anson Mooney is no stranger to servicing office and industrial accounts in the Greater Denver, Front Range area of Colorado. He represents the third generation of his family in the moving industry and is excited to be operating in a market with a 6% absorption rate and over 164 mm sq ft of excellent commercial space. Mooney is thrilled to step into this role at a time when JSM has been invited to join the Office Moving Alliance (OMA) and the Central and Northern Colorado region is growing consistently.

Johnson Storage & Moving Company is a global logistics company owned and operated by fourth-generation members of the Johnson family, who have been in the transportation business since 1900. Unique among moving companies in America, Johnson was a founding agent of United Van Lines (America's #1 family mover®) as a co-op van line in 1947. From its founding in Denver, the company has expanded to multiple locations spanning seven states: it has grown to include Security Van Lines (an agent for Mayflower Van Lines Transit), in addition to the twelve Johnson Storage and Moving Company (an agent for United Van Lines) facilities with residential, commercial and FF&E/hospitality operations throughout Colorado, Wyoming, New Mexico, California, Louisiana, Kansas, and Texas. In 1997, Johnson International was created to provide global moving services for families and to assist companies relocating employees around the world, in particular Europe, the Middle East, Mexico, and South America. The addition of Baron Worldwide in 2010 further streamlined international freight operations, ensuring no move is too large or small.